Parks and Recreation – Galentine’s Day – This Meeting Has Been Terminated 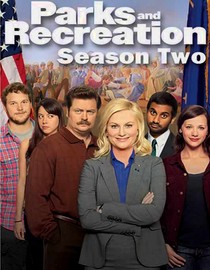 If you don’t know by now, I’m a huge fan of the TV show Parks and Recreation on NBC. Can’t get enough of it.

One of my favorite parts comes from the episode Galentine’s Day (episode 16, season 2) where Amy Poehler delivers blow by blow to her esteemed colleagues.

Not only does she ridicule all the romantic downfalls of their lives, but then she tops it off with this hilarious JFK speech.

Tom Haverford : Are we talking AM or PM? Those people are oooooold. Am I right Justin? (pause) oh, Justin’s not here.

Leslie Knope : It isn’t just a job, gang. We’re gonna learn a lot from these seniors. Some of them have been married for half a century, and, no offense, but everybody here is terrible at love. (Towards Tom) Divorced. (Towards April) Dating a gay guy. (Towards Ron) Divorced Twice. (Towards Anne and Mark) Jury’s still out on you two. (Towards Jerry) And Jerry, who knows?

Leslie Knope : Whatever. Finally, Anne and Mark, are our special volunteers and they will be available whenever needed.

Leslie Knope : What? Noooo! JFK. (In Terminator voice) This meeting has been terminated. That is the Terminator.

Leslie Knope : Where am I going?

If you watch the show, a few episodes back in the season, Tom Haverford went through a brief description of his favorite nick-names for foods. For example :

Well, some delightful people made a great site about it. TomHaverfoods.com . Enjoy!