I got a little bored today, so I decided to mess around with Photoshop. My friend has a Shiba-Inu (awesome dogs, btw) and the running joke is because her name is Piper, it sounds like you’re yelling a Street Fighter sound.

For example, instead of “Yoga Fire” you say “Yoga Piper!!” It’s probably the dumbest joke on the face of the planet, but who cares?? It makes for good laughs.

Either way, using some clone stamp tools (poorly), some effects, and some Word Art, I came up with this : 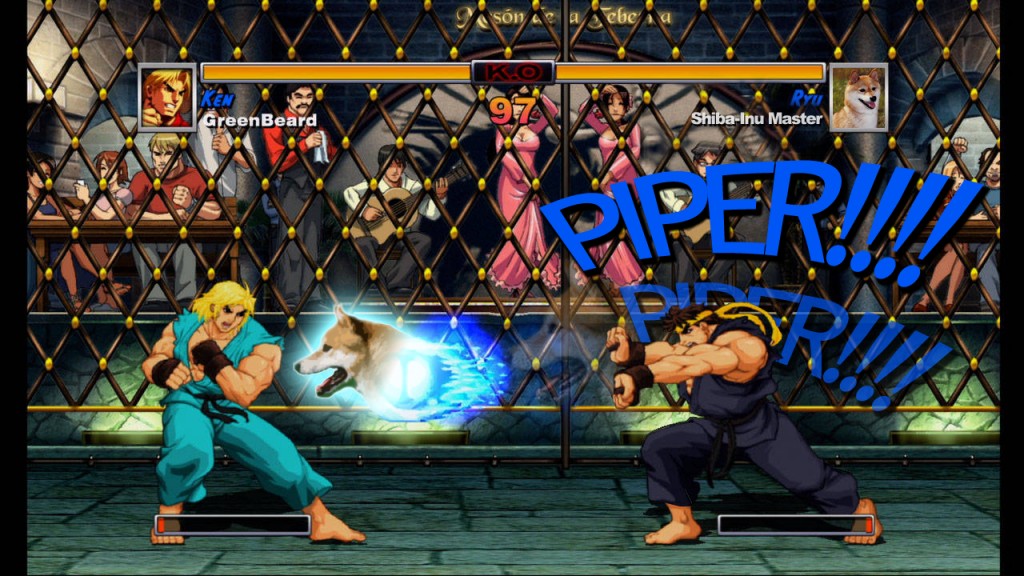